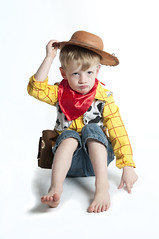 Gary Winters for having his poem Alcatraz Prophecy, and a tanka, Jihmye, accepted for the San Diego Poetry Annual 2015-16.

Charlotte Thompson for the good reviews for two recent books: Your Personal Parenting Guide and Prescription (Rx) for Parenting and her new blog www.RxforParentingToday.com.

Joe Bonpensiero, who was featured in an article in the San Diego Reader 10/22/15 and was interviewed by Tom Harley, Channel 3 NBC News, in Las Vegas about his book Niputi, The Nephew – Life Under the Shadow of a Mafia Killer. The Reader article is at: http://www.sandiegoreader.com/news/2015/oct /21/feature-mobsters-nephew/

Gerald Beeby, Lawrence Carlton, Tom Leech, and Muriel Sandy for having their submissions published in the Fall 2015 OASIS Journal.

Phil Pryde for having his book San Diego: An Introduction to the Region selected by the San Diegito River Valley Conservency as the text for a class.

Larry Edwards, SDW/EG author, editor and publisher, for marketing Murder Survivor's Handbook at the National Crime Victims Center conference and placing an ad for What the Private Saw in the fall catalog from the Independent Book Publishers Association, which goes to libraries and book sellers.

Ruth Leyse-Wallace for receiving an invitation to present at the “Nutrition and the Brain” seminar at Patton State Hospital on the subject of her book Nutrition and Mental Health.

AmazonSmile will donate .5% of your sales to San Diego Writers and Editors Guild if you start here. You pay the same price whether you begin at smile.amazon.com or at amazon.com. Amazon donates the .5% from what they receive.